TOPIC: ISSUE94 – “Universities should require every student to take a variety of courses outside the student’s field of study because acquiring knowledge of various academic disciplines is the best way to become truly educated.”
WORDS: 577 TIME: 01:40:31 DATE: 2008/12/7 22:45:21
As society’s develop, usually we should be able to manage various knowledge to get a good job. But at the same time, we also need some scientists who study deeply in one field.
I think it is necessary to give students a chance to study knowledge from a variety of fields when they in Banchelor or Master course. We know that in many universities students are obiliged to get credit from the courses which are outside the student’s field, which I think could results from at least three reasons.
Firstly, as technology is more and more complex today, the student who only get knowledge in a narrow aspect is less and less competitive. Most time the employ requirements of company, especially in I.T industry, would be consist of some different parts, which is more than tech skills.
Secondly, most of the students, especially in China, don’t have a idea whether they are really interested in the major they pick at the time they get into university. Because of the heavy pressure of study we have to take when we are in high school, most of us don’t have enough time to consider carefully what is suitable for us mostly. But as we can take a variety of course in university, now we can have a chance to access to what we really want.
Last but not the least, the people who achieve success always manage a variety of knowledge. Our country’s founder, Chairman Mao, was a famous exponent. He was a politics, but also known as strategist and poet. In Europe, Da Vince and Newton were also honored by people for they made great contribute to big development in different fields. I don’t think this is just a coincide. The people who are good at different fields usually could get more various views on one thing than the people who are only addicted into a narrow field. This is because the resources that the former could get inspiration from are more than the latter.
But, it is not sensible to encourage students to take knowledge as more various as possible. No matter whether student is going to do research or not after they graduate, basic skill and knowledge inside their own field is indispensible.
If you’d like to take Ph.D Degree, the depth of knowledge you get into in your field really does matters. I know in HongKong Univ. of Techonology and Science, Ph.D candidates only take four cources in their first year while Master candidates would take nearly ten courses. Because Ph.D’s task is to promote the research in some finite field, which requires that someone have to get deep knowledge in base. As a result, they don’t have much time to take these various cources. It is the same to ungraduate students. Of course we should get a wide range of knowledge during our college time, but we have not to forget what is the most important. Sometimes students go too far away to get back, which may result to they can’t get a satisfied job after they graduate from school.
Now we can get a conclusion that aquiring knowledge of various field should be based on a strong knowledge in our major field. Before you are good at your major field, it is meaningless to take many various courses. But, it is not enough to have a good knowledge in one narrow aspect in the modern society, you also have to explore your interest. 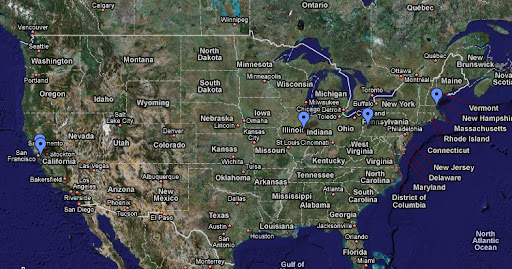